Testing and assessment is ongoing with children in special education programs. Some are formal, normed and standardized. Formal tests are used to compare populations as well as evaluating individual children. Some are less formal and used for ongoing assessment of a students progress in meeting his or her IEP goals. These can include curriculum based assessment, using chapter tests from a text, or teacher made tests, created to measure specific goals on a child's IEP.

Intelligence testing is usually done individually, although there are group tests used to identify students for further testing or for accelerated or gifted programs. Group tests are not considered as reliable as individual tests, and Intelligence Quotient (IQ) scores generated by these tests are not included in confidential student documents, such as an Evaluation Report, because their purpose is screening.

The Intelligence Tests considered the most reliable are the Stanford Binet and the Wechsler Individual Scale for Children.

There are two forms of achievement tests: those used to evaluate large groups, such as schools or entire school districts. Others are individualized, to assess individual students. Tests used for large groups include annual state assessments for No Child Left Behind, (NCLB) and well known standardized tests such as Iowa Basics and Terra Nova tests.

Individualized Achievement Tests are criterion referenced and standardized tests that are often used for the present levels part of an IEP. These tests are designed to be administered in individual sessions, and provide grade equivalent, standardized and age equivalent scores as well as diagnostic information that is helpful when preparing to design an IEP and an educational program.

Children with severe cognitive disabilities and autism need to be evaluated to identify areas of function or life skills that they need to learn in order to gain functional independence. The best known, ABBLS, was designed to use with an applied behavioral approach (ABA.) Other assessments of function include the Vineland Adaptive Behavior Scales, Second Addition.

Curriculum Based Assessments are criterion based tests, usually based on what the child is learning in the curriculum. Some are formal, such as the tests that are developed to evaluate chapters in mathematical text books. Spelling tests are Curriculum Based Assessments, as are multiple choice tests designed to evaluate a student's retention of social studies curricular information. 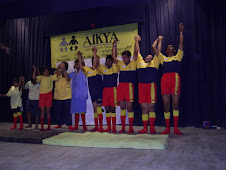